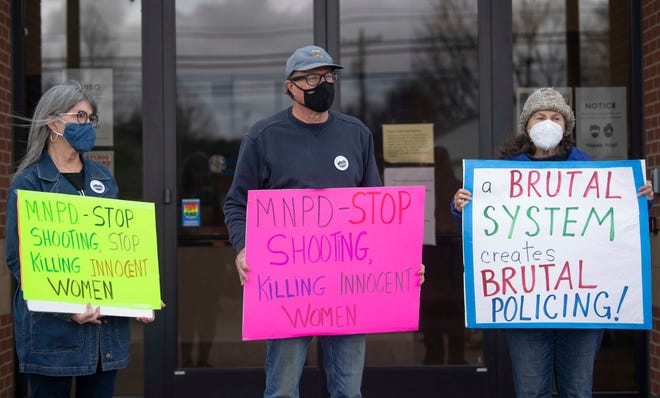 The Nashville Organized for Action and Hope group hosted its annual conference Sunday, where it highlighted city wins over the last year and future goals to create a more equitable Nashville.

The Nashville Organized for Action and Hope group hosted its annual conference Sunday, where it highlighted city wins over the last year and future goals to create a more equitable Nashville.

The group discussed education, criminal justice and affordable housing. Members called on Mayor John Cooper and other city leaders to expand plans in these three areas, and they agreed.

The faith-led coalition is made up of multiple faith groups, community organizations and labor unions.

NOAH wants to erase disparities in the classroom

NOAH praised the work the city has done in education, from boosting teacher salaries to working to erase disparities Black students face.

Cooper and Metro Council supported NOAH’s request to implement social-emotional learning and restorative practices in every school and included money in the city’s budget. Social-emotional learning aims to address inequity by teaching students to create collaborative relationships, develop healthy identities, and make responsible and caring decisions. Advocates have pushed for Nashville to expand this style of learning since at least 2018, when the Chamber of Commerce identified it as a way to improve education.

Metro Nashville Public Schools will soon have advocacy centers in each elementary school and has plans to place restorative practice assistance in middle and high schools by the 2022-2023 academic year. Advocacy center coaches will connect with students who are acting out or struggling to control their emotions. The coaches will craft support plans and pair the student with mindfulness and calming strategies.

Cooper said Nashville teachers have seen a $7,000 raise on average. NOAH member Vonda McDaniel asked Cooper to commit to fully funding a pay study to examine the salaries of support staff, like cafeteria workers and office employees. While Cooper said he would need to review the study before he gives full support, he signaled interest in supporting it once it was officially proposed.

“We need to ensure that these employees are fairly compensated as well so we can continue to met the needs of our students,” she said.

Affordable housing efforts need to be beefed up

The topic of affordable housing was brought up multiple times by members, who stressed the importance of tackling the issue.

“In order for our citizens to do more than survive, but really thrive, we must tackle our city’s housing affordability challenges,” said Affordable Housing Task Force member Paulette Coleman. “The need for affordable housing is enormous.”

She praised Cooper for establishing his own affordable housing task force, which worked for five months to develop a report of actions the city must take to squash the problem. Coleman called it “one of the most comprehensive looks” at the city’s affordable housing yet.

Coleman called on Cooper to commit to reassembling the task force by January to further study the issue. She asked the mayor to find reoccurring funding streams of at least $30 million to finance the Barnes Housing Trust Fund and to identify and to set aside city-owned land for affordable housing by May. Cooper agreed and hinted about an announcement related to affordable housing in the coming weeks.

The co-response pilot program was rolled out over the summer. Cooper committed to meeting with more experts to improve the pilot. He shared his plans to hire an epidemiologist to monitor the program’s progress and to fund a third-party evaluation of the project.

Most of the calls are related to mental health and domestic violence. Of the 570 joint calls performed so far, Cooper said only 21 resulted in arrests. The majority of the calls that could’ve resulted in an arrest were instead diverted to care and resources, he said.

Article by Brinley Hineman, Published in the Tennessean: https://www.tennessean.com/story/news/2021/10/17/noah-highlights-wins-and-identifies-new-opportunities-nashville/8501959002/