Historical Racial Inequities In Education Historical Racial Inequities In Housing The end of World War II brought home soldiers who could access VA loans and FHA mortgage insurance – except for African-American soldiers. White-only suburbs flourished, while Black neighborhoods were “redlined,” with government and banks refusing to make investments in mortgages and loans. Redlining created lasting gaps in home ownership in cities across the United States, including Nashville. Since homeownership is the major form of wealth-building in the United States, white families were much more able to pass along wealth to their children.

In the 1960’s and 1970’s, interstate highways were built across the country, often through the middle of Black neighborhoods. In Nashville, I-40 cut Jefferson Street and North Nashville in two. Federal urban renewal plans also moved thousands of African-American families out of neighborhoods, where land was sold to universities and business interests at low prices. Many families who were displaced by Urban Renewal moved south of the city, where they were again displaced by the construction of I-440. Later, Black residents faced pressures to move once again, this time from gentrification as white residents bought up homes in formerly
low-income neighborhoods that were now trendy and desired. 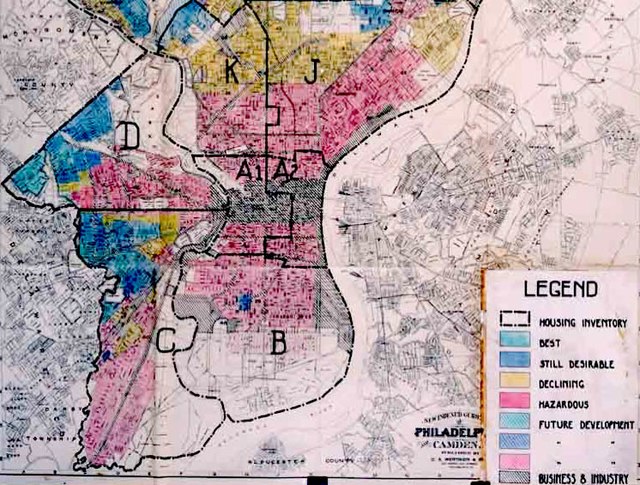